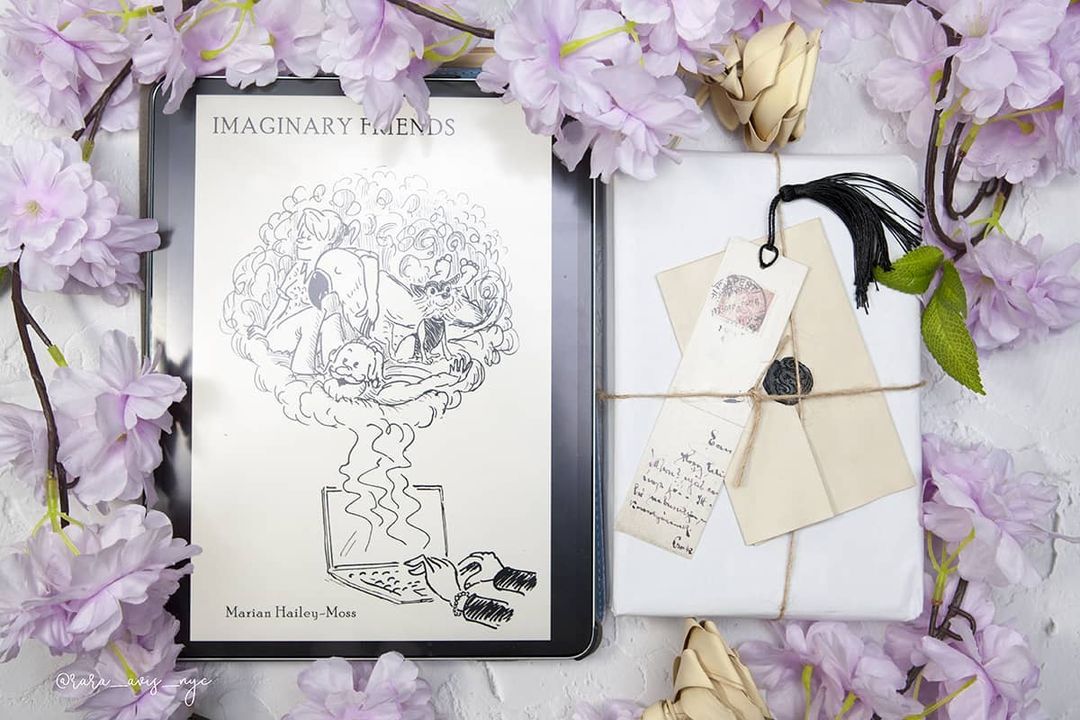 When we talk about Imaginary Friends, we usually think about children. They are usually the ones who see things adults don't see.
But this is a story aimed at older readers. It's written in a witty way, even though there are serious topics mentioned on the pages. The main character, Jessie, meets her imaginary friends and has conversations about important topics. It includes meditation, existence, depression but also veganism, plant-based diet. This short story reads like a fantasy mixed with reality. Thanks to the light writing style, it doesn't feel heavy.
If you would like to meet Socrates, and see what the conversation with him could be like now, then pick up this story.

#ImaginaryFriends
#readinglife #bookphotography #bookaddict #photographybook #rara_Avis_NYC #bookstagram #bookgramer #allthingsbookish
"When my daughter Emily was diagnosed with leukemia a week before her 4th birthday, she had two imaginary friends who helped her get through this.  She told us that one of them died from leukemia when she survived.  Just recently she told me she had had these imaginary friends all her life.  These are not “imaginary.”  They are all quite real."  Jerry Lesch drama teacher and actor


"When I was little, my mother — and then, after my father returned from World War II, my mother, father and I — lived on the top floor of my grandparents’ house in a blue collar neighborhood of Philadelphia. I saw kids playing in the street near our house but I wasn’t allowed to play with them. I was a lonely child. But I had two imaginary friends. One was named Wilfred and the other was named Dodo. Wilfred was a boy and Dodo was a mouse. Whenever I did something wrong, I always explained to my mother that Wilfred and/or Dodo had done it.
I don’t know where I got those names. Nor do I know when I last saw Wilfred and Dodo. But I have never forgotten them".
​Terese Loeb Kreuzer, author and editor of The Downtown Post